Revenge, Anger and the End of Wisdom

The widening spiral of pain, anger and retribution broke new ground today, as a passenger plane holding 295 travelers was shot down over Ukrainian airspace by a country or faction still to be identified. The downed flight, covered on the TV news as luridly as one would expect, was instantly triggering for me, as I imagine it was for many of us - transporting us back to our 9/11 horror, watching repeating footage of explosion, irresistibly pressing us to imagine a horrible death, in an act of terror, at altitude. All this getting mixed up with actual sorrow for actual people who actually lost their lives today.

The attack against the plane was the latest volley in a long history of Ukrainian-Russian tension that bores straight back through the Soviet Union and out the other end, for hundreds of years preceding.

If this had been the only new, violent escalation, dayenu, it would have been more than enough. But as we watch this out of one eye, the other remains fixed upon Israel, and the dance of revenge playing out in there. Today Israeli forces are launching ground attacks along the borders of Gaza, in response, of course, to the Palestinian missiles flying toward Jerusalem and Tel Aviv, those in retaliation for offensives that were themselves in response to the murder of three Jewish boys. Which, in someone's mind, was revenge for something before that, which was itself revenge, and back and back and back. Ping pong ping pong ping.

The failure of diplomacy to be of any meaning in either of these conflicts launches me, personally, into a state of despair I haven't felt in a while.


Of course I was also 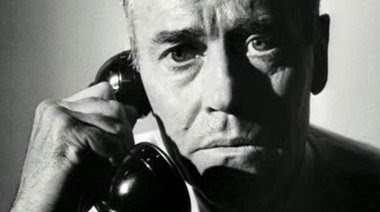 primed for it. Just last weekend, the husband and I rented and watched, by poorly timed recommendation, the chilling Cold War drama, Fail-Safe, starring Henry Fonda as the President of the United States, in a bunker, on the hotline with the Soviet premier, trying to keep the world from coming apart as an American military jet inadvertently and irretrievably heads to Moscow to drop its nuclear payload. The hopelessness and powerlessness seared into the celluloid of this film, and the image of a world where not even good intentions can save the day, much less bad ones, have haunted my sleep for days, before any actual plane got shot out of the sky. Not that I need fiction to enhance my experience of these very real events, but learning that the plane crash was revealed to Putin while he was on the phone with Obama felt like a bit of mocking deja vu.

So I did what I do. I turned to this week's Torah, which often serves for me as a kind of Tarot - what is the insight that this week's cards can bring to the silently articulated question of escalation, revenge, and hopelessness?

Alas, it is a really bad week for this exercise. Our Torah portion, Mattot, is itself about revenge. God commands Moshe to exact a full revenge on the Midianites for having participated with the Moabites in luring the Israelites into sexual misconduct and idolatry. This is meant to be Moshe's last task before he can at long last be gathered to his ancestors. The Israelite soldiers - our soldiers - go and deliver the Midianites a complete defeat. They kill the five Midianite kings, who are specifically named, much as the five daughters of Tzelafchad were repeatedly named in last week's portion and again later in the Book of Joshua.

The kings are killed at swordpoint, and so is Bil'am ben Be'or. You might recall him as the donkey guy, the prophet through whom came the beautiful paean to the Children of Israel, Mah tovu ohaleycha Ya'akov, mishk'noteycha Yisrael: how goodly are your tents, O Jacob, your dwellings, O Israel. He delivered that blessing, but apparently only as a puppet for the ventriloquist God of Israel. Because those words do not seem to mitigate what is considered by Torah and by rabbinic literature to be his irredeemable wickedness - the whole seduction/idolatry thing seems to have been Bil'am's idea. Torah makes a point of saying Bil'am was killed by the sword. Rashi explains that Israel and the other nations swapped strategies in this; while other nations lived by the sword, Israel lived by the word - prayer and praise. When Bil'am gave his mah tovu blessing, he had intended words of curse, and was willing to use the Israelite toolbox - words of power - to do so. And so in punishing him, Israel used the toolbox of his nation, exacting vengeance with the sword's sharp edge.

In any event, the Israelite soldiers get back to the camp having killed every last Midianite man under the rule of the five kings, and bringing back as prisoners the women and children. Moshe, accompanied by Elazar the High Priest, goes out to meet the returning warriors. Moshe is incensed that the soldiers left the women alive, particularly since seduction of Israelite men by Midianite women was the mechanism by which Israel was led astray, according to the story, having brought both moral compromise and outbreak of some disease into the Israelite camp. And while I'd prefer to stop the retelling right here, with Moshe's anger, where really it's bad enough, it did not stop here. Moshe cajoles the soldiers into killing the women, as well as their sons and many of their daughters.

Now, you and I were not there. Sinai maybe, but this moment no. I have not lived in a war zone. I have not been the victim of military attacks. I'm not a Holocaust survivor nor the child of survivors. My inability to imagine what such a complete desire for revenge feels like is a blessing, it truly is, and, alas, a rare privilege on this earth. But still, even we lucky ones might have some wisdom to impart to those who are spinning in the gyre of hatred and revenge. But what?

At last, a breath of air is provided by Rabbi Yehudah Löwe in his Torah commentary, Netivot Olam. Löwe is the Maharal of Prague, the 16th Century commentator known folklorically for creating a golem to protect the Jews. He is no stranger to the threat of violence. Here he retells a piece of midrash to explain why, Moshe having scolded the returning soldiers and pressing them to complete the revenge, it is Elazar the priest, not Moshe, who then begins to articulate Torah to the soldiers regarding how to divide spoils of war and how to purify themselves after having engaged in warfare. This is puzzling to the sages, because it is Moshe who is the archetypal lawgiver, the primary conduit for Torah.

The midrash brought by the Maharal is that in his anger, Moshe is able to give commands of destruction, of violence. But he is unable to articulate law, or wisdom, or prophecy. The Maharal quotes the words of Rabbi Shimon ben Lakish in Talmud (Pesachim 66b):

There is nothing surprising or new here. But it is nice to have it articulated not just as world wisdom, not just as common sense, but as Torah. In anger, the wise lose their wisdom, prophets lose their vision. We all know this and are grateful to Talmud, and then Rabbi Löwe, for articulating it. This is the price of anger, even if the anger feels justified.

And this is what we are seeing all around us. Anger begetting anger, revenge begetting revenge. So that wisdom and vision are displaced.

I am not a politician. Or a historian. Or a diplomat. I can't stop wars or reduce tensions, nor can anyone that I know. But we can all feel supported by our own tradition, including even the bloodiest moments of Torah, when we say to leaders on all sides, that revenge is revenge. You may choose to engage in it or, we pray you may choose not to. But do not try to pass it off as wisdom. Do not try to pass it off as prophecy. It is neither.
Posted by Irwin Keller at 5:59 PM

I am so grateful that you articulated this for me. I still feel dumbstruck by the events of the day. How precious is life that we regard it so casually?

Thank you so much, Irwin. I have been so totally unable to resolve these recent events, to even let them sit in me so I can examine them. So, I do what so far always works - work / play in my garden, a la Candide: "Cultivate my own garden." At least something is growing and blooming!
robin